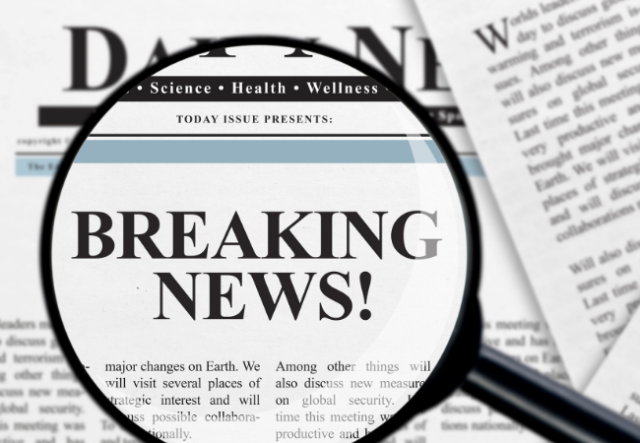 Being scammed makes you feel embarrassed, like a failure, and sometimes it can make you feel like giving up.

You don’t know where to turn? Who to talk to? Or where to report it? Heck you don’t even know if you report it. Does reporting a scam to the FTC do anything?

Thankfully, reporting a scam is not as hard as it may seem.

If you were scammed online you would go to websites like ftc.gov, usa.gov, or consumerfraudreporting.org.

And on the other hand, if you were scammed offline, you can call your local police department, especially if you have proof of the situation.

Who Is The FTC?

The FTC stands for federal trade commission. They are meant to help and protect consumers in unfair, fraudulent, deceptive business practices.

Over the past year or so many people have shared their stories. To make a long story short, they’ve lost thousands of dollars to scammers, or from companies that are doing unfair business practices, which is sad and heart breaking because, that’s money that they can never get back.

And in many cases the money that was taken is the consumers’ life savings. Hence, this is one reason why I started reviewing home business programs on this blog to help people avoid losing thousands of dollars. It’s also another reason why I recommend places like Wealthy Affiliate or Blog Simple Framework but, of course, blogging isn’t for everyone.

With that being said, I’ve referred many people over to the FTC, after they have lost their money. After referring the consumer over to FTC I don’t know if he or she actually reports the situation or not. So, that brings me to today’s topic.

Does Reporting A Scam To The FTC Do Anything?

I have recently received a proof that they do actually work. Even for small consumers like me and you.

So, Let me tell you that I was in your same shoes. I was certainly skeptical when I made several reports to the FTC. I’ve been scammed out of thousands. My family was scammed during a real estate transaction. And I’ve had to work with my local police due to identity issues which turns out the FTC gets involved with that too.

So, I’ve reported to the FTC several times.

Nevertheless, when you report a scam to places like the ftc.gov, you may not get a response back.

I certainly didn’t. I never got an email confirmation. Never got a response. And never received a phone call.

But, rest assured if you report it. They have received it.

And if enough complaints come in about the same situation, the FTC will silently work in the background.

Here’s Proof That The FTC Works

Okay, so I told you that I have proof that reporting scams to the FTC really does work.

In between time, I came across an article that encouraged all MOBE participants who lost money, should report it to the FTC.

After reporting the crime, I never received a confirmation from the FTC. Not a response, nothing.

I almost thought that they only worked with big companies, or people who lose, you know big money. So, long story short, I thought they totally ignored me.

I had mixed emotions.

Then I felt like I wasted my time but, oh well! I went on with life.

I received an email with these words “Please claim your payment in FTC v. Mobe?”

My first thought was, is this a scam? Is this real? It can’t be.

By the way, If you ever buy into an online business program or get scammed on social media. Please do report it because, after waiting years, and years, and years without ever receiving a response from the FTC, this proves that they do work.

I guess they just work silently.

Of course the amount that was refunded to me by the FTC, it’s definitely not the same amount that I sent to MOBE.

But, hey I’m okay with that because I thought I would never get a refund at all.

So, thank you, FTC for all of your hard work!

How To Report A Scam To The FTC?

While the FTC can not handle individual reports, meaning that they don’t investigate solely based on your situation. Or anyone’s individual situation. Instead, the FTC gathers reports from consumers, several consumers, and then works with over 3000 law enforcement.

Somewhere in between there, they combine, share, and then act on their findings.

Therefore, if you ever feel like you’ve been scammed you can report it. Not only can you report a scam, but you can report a business, company, or fraud to reportfraud.ftc.gov.

And I encourage you to report a scam, or fraud immediately, while it’s fresh in your mind.

Don’t ever feel humiliated, ashamed, or embarrassed. This happens more often than you think.

By the way, to report a scam, a police report isn’t needed. Of course, it’s helpful if you have one but not a requirement. Go here and report a scam. ReportFraud.ftc.gov

Why Should You Report A Scam?

Reporting a scam helps not only you but, it can potentially help many others from losing money, their lives, and or homes. By the way, when the FTC emails you they will email from a FTC.gov email address.

Second reason why you may want to consider reporting a scam is because, one day you could end up with a surprise.

If you would like to read the full report on how the FTC sent $23 million in refunds to 37,000 MOBE participants please click here. So, as you can see they actually do work.

The bottom line is you can report a scam. I encourage you to report your situation. This can help more people than you think. I’ve seen many people lose their homes. Heck I almost became a victim myself but, thank goodness I had a protector on my side.

Either way, the FTC may not get back to you immediately, or even at all but, rest assured they do work. So, report it! Have you been scammed? Did you know that you can report it to FTC? By the way, if you received spam calls, that can be stopped and reported as well.