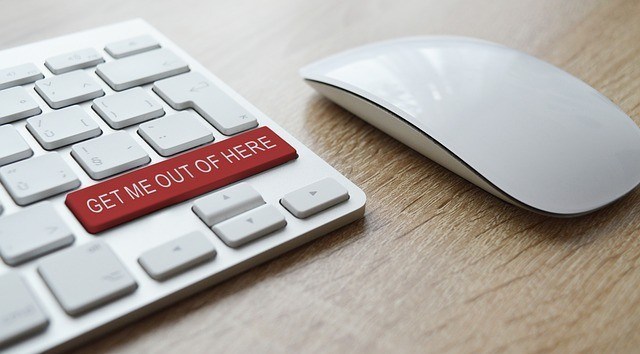 Best For: Absolutely no one

Summary: Tap2Earn.co (T2E) is a website that claims you can make $500 today. This site connects influencers to advertisers while paying you to complete simple tasks.

Is Tap2Earn.co Recommended? No not all!

Welcome to the Tap 2 Earn Review!

Tap 2 Earn may seem like a blessing in disguise. I mean, at first sight, I would have thought the same. I see many people on YouTube, Instagram, and Twitter boasting how they can buy new cars. It’s changed their lives and so on.

On the other hand, you start to wonder if it is too good to be true.

So, here’s the concern! Is this site legit or a complete waste of time?

Before I go any further, I’ll let you know that in my opinion, it’s a complete waste of time.

I believe it is a scam.

While researching Tap 2 Earn, I was shocked to come across a site called scamexposer.co.

On that site, there was an image of a blogger that I have been following for a while.

I know for a fact that this well-respected blogger is not involved with either company Tap 2 Earn or Scamexposer.co.

Therefore, not only are they scamming people, they are misusing a well-respected blogger’s image to drive more traffic to their scammy website. Thus has made me investigate further.

By the way, I reached out to the blogger and told her what was going on. She has confirmed that she has no association with the site at all. Therefore, scamexposer.co is a fake site.

If you need further clarification here is what she has to say about the situation.

Contents Close Me
1 What Is Tap2Earn.co?
2 How Does Tap2Earn.co Work?
3 Is Tap2Earn.co A Scam?
4 Tap 2 Earn Most Popular Questions
4.1 A Bunch Of Lies
4.2 Overly-Hyped Commissions
5 Video Testimonials Aren’t Members
5.1 Suspicious Payment Proofs
6 My Final Opinion Of Tap2Earn.co
6.1 Sharing Is Caring

Nowadays, it appears that everyone wants to be a social media influencer. So, Tap 2 Earn claims to help those people earn $500 today.

They are allegedly claiming to be the #1 influence network in the world. They connect influencers, like yourself, to advertisers such as big-name brand ad networks.

Either way, they claim you can make $500 today. Getting paid anywhere from $10 to $15 per person, and earning $2.00 just for someone clicking on your link.

Sadly you can’t receive your $25.00 until you have reached specific requirements.

Once you’ve joined, you’re supposed to work alongside the top social media influencers.

Who are the top social media influencers that you’ll work with?

I have no idea! It was never disclosed.

Either way, you’re encouraged to share your referral link, which will earn you $10 for every person that joins. It also makes you $2 per link click.

So, technically, they are saying even if you can’t get anyone to sign up, you’ll still be able to generate an income.

But here’s the catch!

You can’t cash out until you have reached 20 clicks, 5 referrals, and completed 5 tasks wall tasks. Then you’re supposed to be able to cash out your earnings.

By the way, they claim to pay with PayPal, Cash App, Bitcoin, and Mailed Check…

I wouldn’t advise you to enter any of your payment information into these fields. Your information could be in danger.

In my opinion, consider Tap 2 Earn to be the fastest and easiest way to get scammed. So, in short, yes, I do believe it’s a scam.

What I mean by this is, thousands upon thousands of people were convinced that their life would change by applying for this simple program. So, they joined all the above programs and ended up being scammed.

Either way, according to Tap 2 Earn, they claimed to have been in business for 10 years and paid out over 68 million dollars.

Well, during my investigation, I found it hard to believe that they were able to pay out so much. The site has only existed for less than a month. So, if you know anything about business, it is a slim chance that you’ll make that much money overnight.

A business takes time to build a consistent income.

According to Tap 2 Earns FAQ’s section, they’ve been involved with the internet industry for a while. In fact, their parent company, Zindex, has been creating online solutions since 2005.

Here is where you’ll find a discrepancy.

Remember on the home page. They claimed to have been in business for 10 years.

Now they are claiming within their most popular questions section that their parent company has been in business for 5 years.

This has raised red flags. So I investigated further.

While searching for a company called Zindex.

I did find a company called Z Index. The problem is, I do not believe Tap 2 Earn and Z Index are associated.

Z Index has been in business for well over 5 years, and they appear to be a legitimate organization.

Furthermore, if you were to read the Tap 2 Earn blog article titled “Welcome to Tap 2 Earn”, it states the site has been around since 2013.

So, now, I have discovered three different companies’ start dates.

Anyhow, how can you contact support if you ever have any issues?

It appears that there isn’t a direct number, which isn’t unusual for an online business.

So, within your dashboard, you’re supposed to be able to contact them by getting in touch with your account manager. They use the Telegram app for fast support.

By the way, I emailed this company by using their company email address hellp@tap2earn.co and received no response. So, emailing doesn’t seem to work.

Again, as mentioned earlier, in my opinion, Tap 2 Earn is a scam, and here’s why?

A Bunch Of Lies

Not only when the business started seems to be a bite off.

Some sites appear similar to Tap 2 Earn. Those sister sites have highly disappointed many past members. They all have one primary concern in common. They have a terrible habit of not paying its members.

Instead, they hope you drive a massive amount of traffic to their site.

They’ll collect as much information as possible from each sign-up.

Once they’ve accomplished that, Tap 2 Earn will ban your account. Especially after you have requested a payout request, they’ll simply ignore that your madness and move on to new adventures.

According to this program, you’ll be making $500 today, which is highly impossible to do.

Making money online isn’t as easy as they mislead you to believe.

Of course, there are programs that you actually can join for free and earn a legitimate income.

You have courses like Wealthy Affiliate and My Online Startup.

Both will pay their free members for inviting friends or family members.

And if those friends or family members were to upgrade their accounts to start an online business, they will pay you for your hard work.

Although, I’ll admit it’s not as easy as Tap 2 Earn makes it seem.

Either way, you also have legitimate GPT sites like Swagbucks but, you can’t earn $500 within a day.

I know this may be hard to believe. Either way, I understand it was for me too.

However, video testimonies aren’t real. They are paid, Fiverr freelancers.

I know this because I’ve seen several of the members on many of my other reviews. I’ve also seen them on Fiverr myself.

The point is that the people in the video have never used this program before.

They have never earned money or even received payment for sharing this money-making opportunity. Their job is to make videos for anyone who wants a spokesperson.

Okay, the payment proofs that people are claiming to have received. All seem to come from unknown resources.

He also claims to have been paid $366.00. Well, I went to research his Twitter account. And couldn’t find anyone by the name of Jean Jonas, who was also associated with T2E.

Another thing, this person has sent a testimonial email to T2E. She is claiming that she was skeptical about Tap 2 Earn. However, now, she has a change of heart.

Anyhow, she claims to have received her money deposited directly to the Cash App.

In my opinion, the Cash App is one of the easiest ways to scam people out of money, especially online.

On top of that, I sent an email directly to support, asking if them as a concerned member, if the program really worked. Guess what? I never received an answer.

My Final Opinion Of Tap2Earn.co

After reading this Tap2Earn.co Review, you may understand why I don’t recommend this program to you. There are too many negatives but, if you feel like you must test it out for yourself, then go right ahead.

However, you’ll be wasting your time and potentially putting your information at risk. This company simply doesn’t work. You won’t get paid. Also, I believe it is a scam.

If you want to make money with GPT sites, check out programs like Swagbucks, Survey Junkie, or One Opinion. They are all legit sites where you can earn somewhat easy money.

On the other hand, if you want to earn big commissions like $500 per day, learn how to build your own website. I recommend Wealthy Affiliate for that. They teach complete beginners what to do. Plus, it’s an all-in-one marketing tool.

The bottom line is, to make an income like Tap 2 Earn is promising, you’ll want to start an online business. Go this page to Create your free account. Take the 50 + high quality training videos, and see if an online business is for you or not.