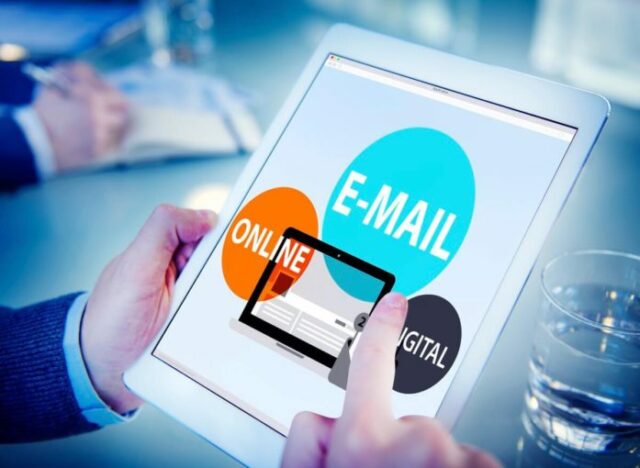 Best For: No One

​SUMMARY: Instant Email Biz is a completely done for you system that allows you to send simple emails right from your home.

Many different links are floating around the internet about this system so, depending on which one you received. You could have received or seen mixed information, than what I came across.

So, far I’ve found three different sales pages that seem to belong to the same system.

Anyhow, the creator of this system is supposed to be, Bobby Jones, which I’m not even sure if that is correct. At any rate, Bobby is claiming to be an expert at email marketing. Furthermore, he’s sent over 20 billion emails and has made over $50 million in sales, with email marketing alone.

Above all, if you were to watch the sales video Booby is a funny actor. He boldly boasts and brags how he lives in a ridiculously huge new house, takes ridiculously lavish vacations, and he also drives a Range

Rover, a Mercedes, a Jaguar and don’t forget he won his favorite car in an email marketing contest which is a Bentley Continental GT.

By the way, that Bentley Continental GT  that he won was paid for by Clickfunnels.

It doesn’t matter how he won his car because there are essential things Bobby wants you to know. His backyard looks like a resort, and his gorgeous wife doesn’t have to work. Plus, he enjoys spending a lot of time with his two beautiful children.

The best part he never has to worry about how he will pay the mortgage each month. Why? Because it’s all due to email marketing.

Worry none, Bobby, has confirmed that he isn’t telling you this to impress you, he is merely letting you know that you can be successful too.

While on the subject of being successful, if you’re tired of coming across these artificial systems, please do check out my #1 recommendation. It’s the same place that I learned everything I know today and a legit way for you to make money online. 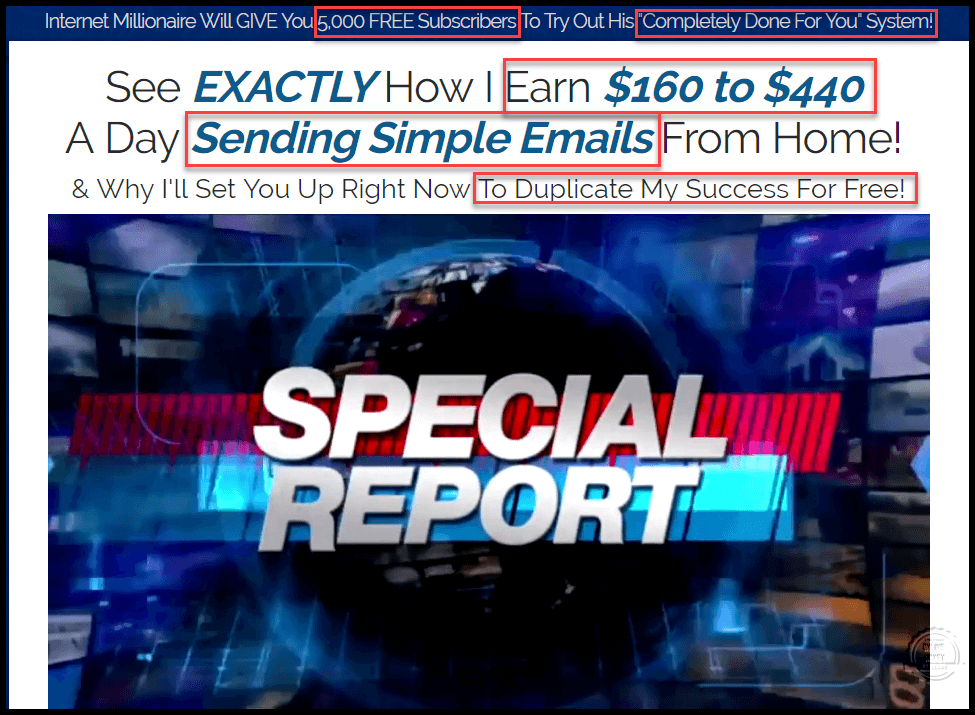 ​What Is Instant Email Biz?

Besides that, he’s collecting thousands, upon thousands of emails every single day, and there is no way he can advertise to all of his email subscribers. It’s just not that simple because, the email service people will not let him, no matter how much he offers to pay them, get any more email accounts to host his massive list of subscribers.

So recently, after talking to his best friend that was looking for ways to make more money, so, that he could pay for his son’s college. The friend tells Bobby out of the blues that Bobby should be cloned. That was it!

So, what is Bobby’s masterplan? Here is what he has planned to do, you and Bobby are supposed to become partners. The problem is Bobby can only work with a limited amount of people, 100 is the number he states in the sales video I saw.

The reason he can only work with 100 is that he claims to personally teach each person how to run their email marketing business by giving you the emails and offers so, that you can make money.

Above all, Bobby does mention that getting the subscribers is the tough part that most people tend to fail at, so that’s why this partnership between you and Bobby is supposed to be unique.

Furthermore, it’s essential to understand that Bobby says he can’t pay you until after your making money, that way you are not out of any money.

Once you make money, then you and Bobby can split the profits. 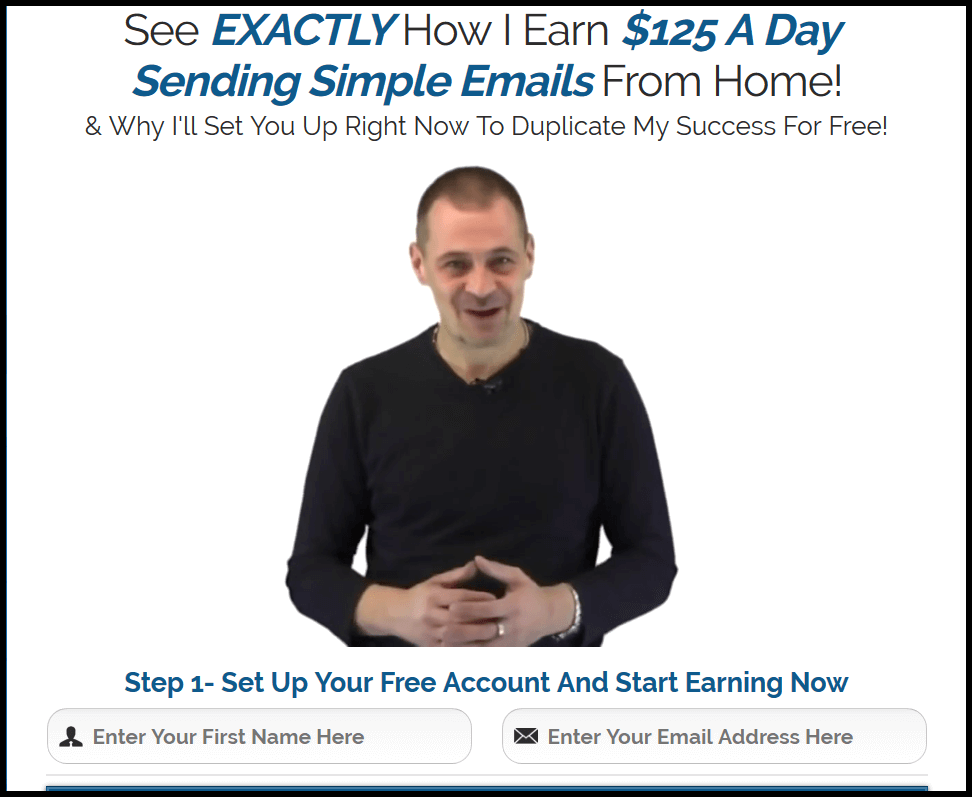 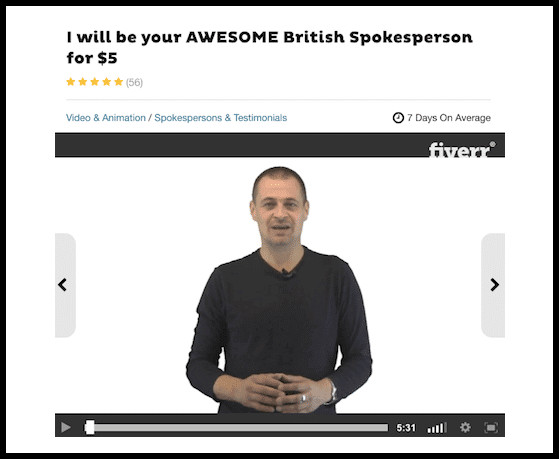 ​How Does The Instant Email Biz Work?

Here is what you’re supposed to do, first you’re going to follow the steps on how to send out the email once a day, which should take you no longer than 10 minutes.  Then you’ll log in into your commission account and see how much your making, that’s it!

Is Instant Email Biz A Scam?

​The magical question is, is Instant Email Biz A Scam? If it isn’t a scam, it’s undoubtedly borderline scammy. Because, when I signed up for the free account. I received nothing but, a sales video, and then an offer to pay for an IEE Basic Sending Email Account.

​Here Is The Skepticism I Have

Of course, if you’ve been reading this blog for a while, you know the deal, most of the actors and actresses on these products are fake. I found the guy in the video who’s name was supposed to be Bobby on Fiverr.

Plus, on the sales video, if you scroll down to the bottom of the page, it tells, you in small print that the actor is using a pen name.

On top of that, I came across a webinar, that had a totally different picture of Bobby. The sales video isn’t the same; however, the story was almost the same.

Instead in the webinar, you’ll notice that he is still a millionaire who received a random email from some guy that he didn’t know, and the random guy asked Bobby if he could send an email to Bobby’s massive email list.

After that conversation, Bobby had a new idea, and never thought about sending an email to a list that he has worked so hard to build, and allow some random guy to market on his list. However, Bobby states he is brave enough to admit that he was wrong; this random guys idea, it worked!

#2. The System Is Certainly Not Free

I signed up to the free offer, and I have confirmed that the system isn’t at all free. The only thing you will receive is another sales video. Telling you congratulations and all you have to do is click the button to activate the system.

However, that is far from the truth. To go further with this program, you must pay $34.00 to get access. The best part is, it’s a Clickbank product, so you’ll be able to get your money back.

In addition to this, the webinar mentioned that you would need to buy subscribers, which is an additional cost, plus, you would have to sign up to a program called Clickaggretors, which is a supposed to be an affiliate program that pays you for clicks. 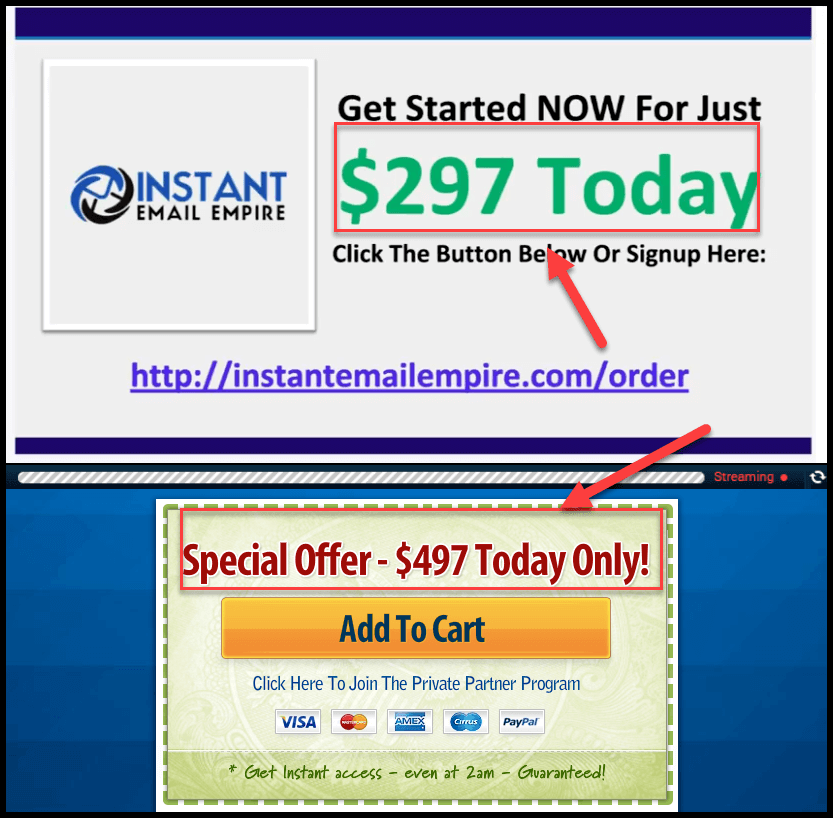 Anyhow, I signed up to this Clickaggretors account which was free to register. The program is attached to the Instant Email Biz. In the fine print, it states, that you won’t be paid until you have reached $1000, and once your $1000.00 commission threshold is met you will be contacted personally.

By the way, affiliate programs do not have a threshold this high, and most legit affiliate programs won’t contact you for payment. Typically, you will fill out your taxpayers information when you sign up as an affiliate, and the rest of your commission earnings is handled electronically.

#4. Too Many Different Sales Pages

I came across so many different sales pages; I don’t know which one was the original. Regardless, it doesn’t even matter which is the original because I wouldn’t recommend you to attempt this program.

Although, Bobby states that he has been seen all over the news and internet. I couldn’t find him anywhere.

One of the sales pages, I came across invites you to a $29.00 offer for 5000 hungry buying subscribers, and then you will pay for BuilderAll which will be an additional $49.90.

I have been a member of BuilderAll, and the company is legit. The $49.90 that you will pay is not a one time fee; it is a monthly fee. BuilderAll also comes with an autoresponder; I know because I own an autoresponder from BuilderAll. Don’t beleive me check out BuilderAll plans, for yourself.

So, I can only assume this is one reason why you would need a BuilderAll account. The other purpose would be because, you need to build a website so, that you can collect the leads.

#7. There Were Too Many Lies

My final reason why I wouldn’t recommend this system is that there were too many lies. Nothing added up, correctly. I am still confused about what is going on, and in my opinion, when you’re not clear about something, don’t decide at all. Just move on.

#8. Right After I signed Up 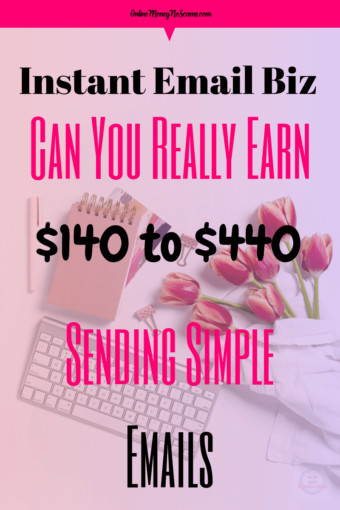 Who Is Instant Email Biz For?

I wouldn’t recommend this system to anyone.

​The pricing of Instant Email Biz, was a bit confusing. Each sales page had about three or four different pricing.

One sales page offered the product for FREE but, once I signed up to the program, I received nothing but an up-sell of $34.00, and that is for the IEE basic email sending account.

While on the check out page, there were two other up-sells.

Then there was an offer to Jump Start Your Commissions – $197. With this upgrade, you are supposed to receive 5000 qualified subscribers and 500 new subscribers every week.

On top of all the above upgrades, there was a webinar that had two confusing prices. On the webinar,  sales video they offered the Instant Email Biz as a Franchise business model.

If you were to accept the offer, according to the webinar the price would be $297, and on the same sale page, where you would check out and pay, the price went to $497.00. So, which amount is correct, I don’t know, I wouldn’t waste my time.

After reviewing this system, I can say I wouldn’t recommend this system to anyone. The system is far from free, and it’s just a hot mess right now. It just can’t be trusted, until proven otherwise.

Plus, it has too much confusion going on, which makes me think it’s some tricky things going on. You know definitely signs of a scam.

Anyhow, this is my opinion and my experience with the system. The choice is yours if you attempt it, good luck. Although, I hope you don’t because I can’t say you’ll have a great outcome.

It amazes me every time, I come across these systems how much foolery is going on with the world wide web. Thankfully, I was able to find a legit way to make money online, and I would encourage you to check out the same program if you’re tired of chasing these no good programs.

By the way, I would like to know if anyone used this system and what was your outcome? Chime in; I would love to hear from you… Don’t forget to keep the internet safe and please share this post. Thanks…