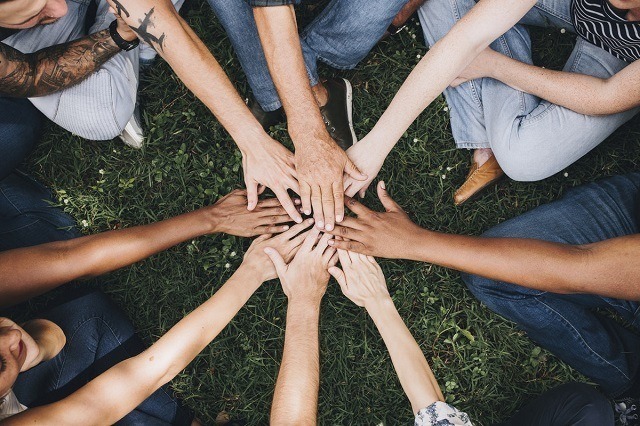 Best For: Anyone, bUnited plans to unite the world.

bUnited is a company that is frustrated with what they see going on all around the world. As we know, we can barely rely on the government. People are treated unfair, and the economy is unsustainable.

With that said, big companies are also not helping the problem. They often treat their consumers and the environment poorly while pursuing big profits.

Welcome to the bUnited Review!

I came across this program recently, and at first, I was skeptical. So, I decided to dive deeper into my research to see what I discovered.

After doing in-depth research, I must admit that it did catch my attention and decided to join the movement myself.

Anyhow, the planet needs help and bUnited needs you to act now but, why and how?

Well, in this review, I’ll go over how you can help unite and what you need to be aware of when you decide to join the movement. 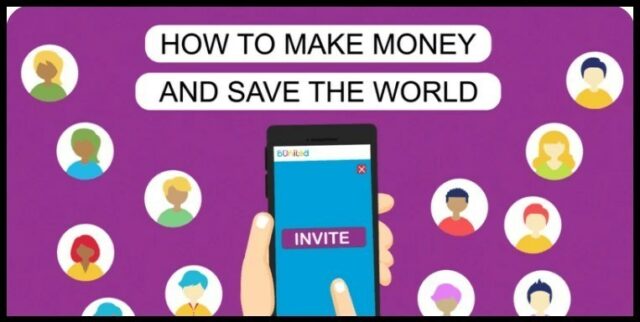 bUnited a company co-founded by Jim Jorgensen, Jonhannes Pohle, and Ozan Tanner. Howeover, Jim is the chariman for the company. So, if you don’t know who he is, I’ll go over some of his history shortly.

Out of all the frustration, bUnited has put a movement together to help the people. As in the people (this means you, me, and all the consumers)

Anyhow, did you know that as a consumer we have all the power in our hands? As you probably already know that the consumer is the one who powers at least 60% of the economy.

Money is what runs the company, pays the bills, hires people, and provides services and products.

Therefore, if there were no customers, then there would be no company.

For example, if you stopped shopping at Walmart and decided to buy at Costco’s strictly. Walmart would eventually be gone. The problem is that this couldn’t happen unless there were many people on board.

The point is, as a consumer, we have a lot of power in our hands if we unite and act together.

Hence, this is how bUnited got its name.

So, What Are We Uniting For?

Let’s make one thing clear; bUnited is not at all against big companies. Instead, they want to partner with the right ones. Why? Because, if you’re not familiar with Group discounts, now is the time to pay attention.

Just yesterday, my family and I were out at the Zoo, and I requested a group discount myself. I realized after asking for a group discount that I saved more money than I would have to pay for each family member individually.

So, I understand clearly what bUnited is trying to do. By the way, in most cases, anyone can receive a group discount, especially if you have the required customers to receive the discount.

The catch is that most companies won’t openly advertise this option.

Also, by joining bUnited, you will be a part of the largest group of consumers in the world. The benefit of group discounts is, well, you’ll save money on things that you’re already paying for, so why not join?

They aren’t only trying to help their members save 20% to 30% on things that you’re already buying but they are requiring that the companies which partner with them, make our world more sustainable by giving back.

When You Unite This Can Happen

Everyone knows now that most companies give group discounts. When this happens at times, those customers will get better treatment than an individual customer.

So, in other words, you’ll be partnering with bUnited to get lower prices. As mentioned earlier, the bUnited mission is not to only help lower costs for bUnited consumers.

They also want to protect the environment, provide food, water, and health care to the needy. Making sure the powerful aren’t taking advantage of the little, weak, or poor.

As a bUnited member, our voice will be heard. It’s time for things to change, and we should be the loudest voices out there. Besides, we are giving all our money to companies so that they can keep operating.

Therefore, if we unite and give our money to the companies who respect us and deserve it, then you could save money on things you’re already buying.

It’s not clear yet, if you will be abe to keep the same company but, so far it appears as they you would be using the company that bUnited gets an agreement with.

Making The Planet More Sustainable, How?

If you didn’t know, most companies want to please their biggest customers and do whatever that customer ask to keep their business.

So, therefore, bUnited is trying to achieve that by becoming the biggest customer of most companies.

Therefore, bUnited has required the company to give back immediately after they have made a sale to bUnited consumers. However, keep in mind you won’t be consuming more than what you are all ready.

So, for example, if bUnited lands a contract with a company that you’re already doing business with, then as a member you will save money for being a bUnited member.

Then in return, the company is required to give back by supporting our planet. The goals of bUnited are listed below, and these are the same programs that the big companies are supposed to support.

From my research, I don’t believe that bUnited is a scam but, it’s stil tough to tell.

However, there are reasons why I wouldn’t believe it to be a scam. The founder Jim Jorgensen is a well-known serial entrepreneur. After graduating from Stanford and receiving his MBA at the age of 24, Jim has started over 25 business enterprises.

With that in mind, this won’t be the first time, Jim has put a project like this together. In 1999 he launched a business, where he paid his members over $160 million dollars.

Furthermore, the members were paid a portion of the advertising that was generated from their online viewing habits.

Then the co-founder Ozan Taner, has a company listed on his LinkedIn profile and Facebook called Meoma Republica do Expresso. It’s been established since 2005. 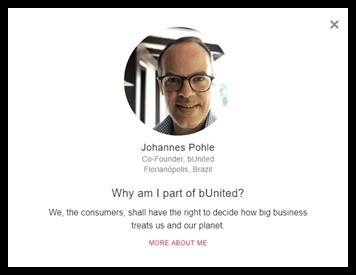 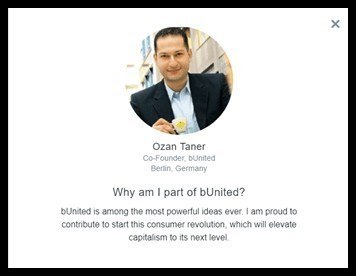 More Reasons Why ​bUnited Is Legitimate

In fact, Jim Jorgensen has co-founded several ventures with Billie Jean King and Larry King. To name a few, they are listed below:

Also, he has written books, under the author name of Jay Knight.

Above all, they all have established ​Linkedin account​s.

Plus, I found a people’s magazine article written in 1981, where Jim Jorgensen was mentioned as being Larry and Billie Jean King business manager. 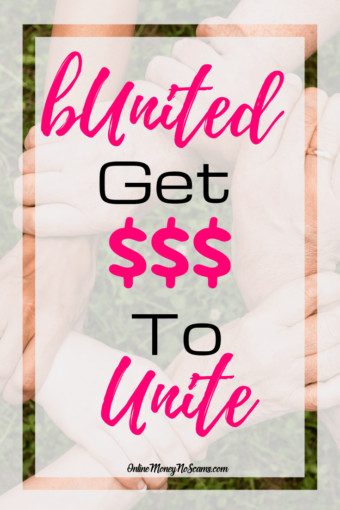 In short, it’s a group of people that are tired and frustrated of big companies charging higher prices and giving you crappy products and poor customer service in return.

So, with that said, this is not a club where you will pay a monthly or a yearly membership, bUnited will always be free. The companies will pay bUnited, and then bUnited will pay you in return.

Anyhow, the group of people who have put this movement together, are looking for companies who appreciate their customers.

So, if bUnited has a large consumer group like, you and I or anyone who joins. It gives bUnited more power to confront big companies, negotiate prices, and in return, get you lower rates.

As mentioned earlier, the larger the group of consumers, the more buying power you will have. So, why not unite?

What Ways Will You Be Paid?

​You will get paid for every member you invite to join to five degrees. No, this is not an MLM or pyramid scheme because this program is entirely free.

At the moment your earnings are reserved for now, and you’ll get paid overtime because, the way this works is, bUnited has to be paid by the company that is giving you a discount first.

Right now, they have landed a significant business agreement with Vodafone in Germany.

Either way, according to bUnited you can request payment at any time, once you see the option available on your dashboard.

Anyhow, all payments are made in your local currency but, to make it clear here are some options.

As time goes on, bUnited does plan to add additional payment methods.

What Products & Services Are Negotiated?

​How Can They Pay You?

Right now, there are big companies who are paying Google, Facebook, and many others billions of dollars to advertise and find customers. So, bUnited has put a movement together to negotiate with the companies.

Instead of the big companies paying Google, Facebook, and all the others billions of dollars to find their customers; so bUnited has made a negotiation with them, to bring the customers to them, with conditions.

The conditions were mentioned earlier; treat consumers with respect and lower their prices.

Besides, it benefits all parties because the big companies will save billions of dollars on advertising fees trying to find their customers.

Instead, they will pay bUnited and then bUnited will pay you.

Do you have to buy anything?

No, bUnited is free and always will be.

Is this an MLM or pyramid scheme?

No, bUnited will never ask you for a dime.

Do your earnings expire?

No, they are permanent but, do keep in mind that you will be paid overtime.

What is the catch?

So, here is the kicker and the part that concerns me. The money you earn is put into reserves. You’ll reserve the funds now and withdraw over time. I haven’t found anyone with proof of payment yet for the bUnited program. Anyhow, it’s free so, there isn’t a major risk.

The point is, bUnited can’t pay you until they get paid by the companies giving bUnited members a discount. This is the reason why payouts will vary.

However, you can always check your account page and see when you’re able to withdraw your earnings…

Additionally, you could sign up and a company that you’re already doing business with may not ever agree to the movement. Meaning you may never save money.

However, the people you invite could potentially help you earn commissions, because, the  program is expected to expand globally. Anyhow, this is an example of how the $10 referral could add up over time. 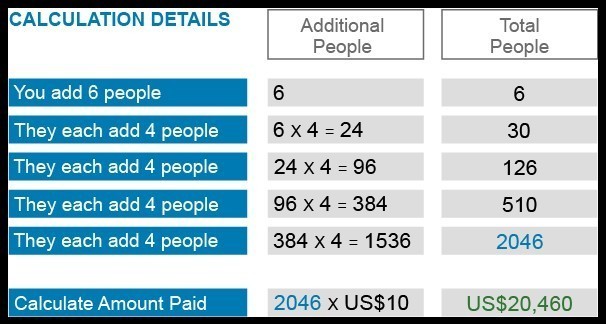 ​bUnited is for anyone and everyone. Especially, if you believe and understand what the cause is for, besides, they are doing this for a great purpose. It’s free to join in all around the globe.

​bUnited does have a Facebook page with over 1.4 million members following their movement. They also can be contacted via email.

My Final Opinion Of bUnited

Overall, I believe in what bUnited is doing is a great cause. As mentioned earlier, I joined the movement. Besides, it’s free, so it isn’t much you can lose. Free can never hurt to try it out. You never know what can happen.

If you believe in uniting and want to join me in this new movement, feel free to do so. As I learned more about the bUnited change, I became more impressed. I love discounts and saving money, so why not be a part of the bUnited revolution.