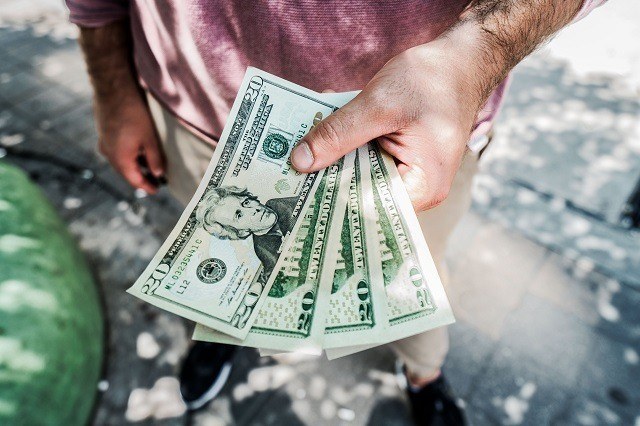 Price: Claims to be Free

Best For: No one

SUMMARY: The Daily Cash App is a system that claims to use a classified software that very few people in the world’s population knows.

It also claims to focus on trading of some sort but, then again, it says that it doesn’. So, this program is confused.

Welcome to the Daily Cash App review, you’re about to discover how people are making $2685 every single day. Yup, you read that, right?

According to the sales video, less than 0.003% of the world’s population knows how to perform the strategy that DCA is going to teach you. So, why is this important?

Because you happen to be one of those people selected, to learn how this rare and unknown skill can help you make an extra income. The most enticing part is, they claim you can earn over $75,000 every 30 days using a classified software.

Say what? Now, that is just unbelievable. We would all be rich in learning this unknown method.

If you’re thinking like me, your first thought might be, is this a scam? I’m sure you’re reading this review because you want to know yourself if it’s legit or even worth your time.

Today, we’ll find out if Daily Cash App (DCA) is something you’ll want to stay far away from, or is it something that you should join. Either way, By the end of this review, you should be able to make a more informed decision and decide for yourself.

Anyhow, I came across this product via email. Once, I read the website name. It reminded me of previous articles that I’ve written called Daily Cash Siphon and Smart Cash App. Are they similar?

Either way, let’s get down to business. 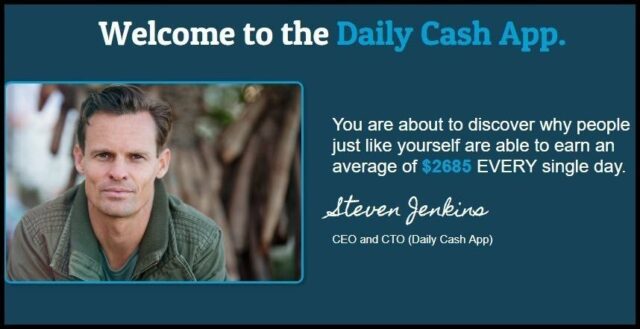 ​What Is Daily Cash App?

DCA was created by a guy named Steven Jenkins, who was a 43-year-old computer programmer. Somewhere along the way, Steven claims to have met a rich guy named Greg.

Greg wanted to stop doing a lot of his work manually. So, Steven lets Greg know that anything can be automated, even his job.

I tried joining the platform, and this is the message I received. I also contacted support. However, I am still waiting for a reply.

So, I did further research, and this is what I could find. First of all, let’s get this out of the way, Daily Cash App isn’t:

So it’s nothing that you have ever come across in your entire life.

According to DCA, only 0.003% of the entire world knows about the method that Steven Jenkins is going to expose. Anyhow, he’s giving away 25 limited free licenses to their secret software, which is supposed to help you make money within 24 hours.

Heck, they’re even bold enough to say you’ll be making money within less than 2 hours.

How Does It Work?

According to the sales video, if you want to clear all of your debts, buy a new home, quit your job to work from home, and treat your family to a dream holiday vacation. Then you’ll also want to get your hands on one of the 25 free licenses that are being given out.

So, what could they be giving out?

Well, as mentioned earlier, I couldn’t get access to the system. However, on their sales page at the bottom, it states that the Daily Cash App is a “Regulation & High-Risk Investment Warning.”

It also goes into details and says that the Daily Cash App is a marketing and advertising service. Immediately it sounds like Ad Formula. However, according to Daily Cash App landing page, it has more to do with trading.

A red flag, if you were to ask me.

I thought this system had nothing to do with trading or Cryptocurrency. However, on the bottom of the sales page, it states that Trading Forex, CFDs, and Cryptocurrency is a risk and not suitable for all investors.

Is Daily Cash App A Scam?

I can’t say this is a scam or not. However, I can say that it seems borderline scammy. With that being said, I couldn’t create an account. However, there was a display button advising me 4 positions were available.

I don’t know it could be a tech issue. So, I emailed support.

In fact, I emailed support twice, and there hasn’t been a response.

Then Daily Cash App claims the video was only shared to me because I was supposed to have had a unique invitation.

However, on the bottom of the sales page, it reads that anyone reside in the United States or holding American citizenship cannot be accepted as a customer.

Shouldn’t they have known that I reside in the USA? Especially if the invite was unique.

Nevertheless, even if the system isn’t a scam, I wouldn’t risk money that you can’t afford to lose. So, I am afraid to say I don’t recommend this system to anyone.

​Other Reasons Why I ​Don’t Trust It

As you see in the image above, it has the creators face. Well, by doing a little search on Pexels.com I found this image, which happens to be the same image that Steven Jenkins uses. Why would Steven use a stock photo for his image? 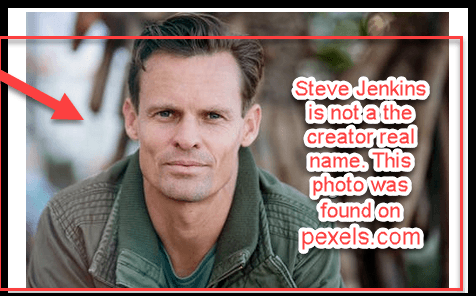 All the testimonies are fake these people can be hired on Fiverr for as low as $5. They all claimed ​to have made money immediately. It’s simply not true.

​Remember Alex F, that is featured in the image above. Well, here he is in the image below. He was found on Fiverr. No shade on Alex F parade.

However, it’s best for you to know that this system has fake testimonies. These people aren’t making what they are claiming to make.

​Steven Jenkins claims​ that you can join the program for free and make money within 2 hours. This is a flat out lie.

There is no way, you will start a business for free and come out on top. You’ll always have to invest money into a business…period.

​Who Is Daily Cash App For?

Apparently, this program isn’t for residents within the United States. It would be best if you also didn’t hold American citizenship. Nor should you attempt this if you don’t have the money to lose. So, it’s safe to say it’s for no one.

I contacted DCA for technical support through their support tab that’s located at the bottom of their sales page. So, far, no one has contacted me from the DCA company. Therefore, further reasons why I wouldn’t recommend this system.

After wasting about an hour or two of my time, I’m still confused about what the Daily Cash App is supposed to be. Since the US can’t join, I guess I will never know how this system works.

Anyhow for anyone, outside of the US, it seems like this is a sales funnel of some sort; to get you to opt into the email from.

Once, you opt into the email from; you should’ve received access to a third party company. What third part company? I have no clue.

Anyhow, after you’ve entered your information in the from, both companies have your contact information.

So, Daily Cash App is like a middle man. DCA drives the traffic and sends people to another platform, which is still unknown.

Regardless, avoid this platform with all cost. I don’t trust it. Although I couldn’t find any complaints, and I still don’t trust it until proven otherwise.

Anyhow, if you’re tired of losing money online to scams. Then I would suggest that you learn how to make money online with blogging. It’s one of the best business models you can learn.

It’s also a technique where you can avoid scammers. More importantly, it helps you to retain long term success.

Either way, I wish you the best. 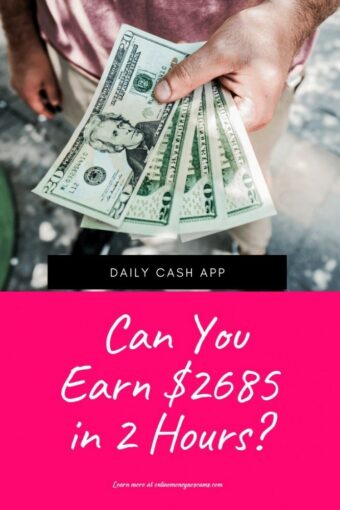 Have you heard of Daily Cash App? This came through my email, how did you receive yours? Are there legit success stories out there? Would you like to share with us?

What would you do sign up to Daily Cash App or avoid?