Owners: Josh (according to the sales video)

Best For: No One

​SUMMARY: With Cash Money Sites it’s a training program that is supposed to help you, build affiliate marketing websites.

If you’re reading Cash Money Sites review, it’s probably because you received this offer through an email or you may have crossed paths with it somewhere on the web.

Anyhow, I came across this offer through an email. So, I’ve decided to check it out.

In this review, you’ll learn what it is? If it’s legit? Also, how it works? At the end of the review you can decide if this program is for you or not.

Here is a look at the sales page.

What Is Cash Money Sites?

After watching the sales video, you’ll probably be more confused than you were from the start. Josh, the alleged creator of this site, never mentions what you’ll be doing. The only hint he drops is, you’ll be making money with his cashflow websites.

Josh also claims that you won’t have to do much but, check your accounts a few times a week and let the website do the rest for you. In other words, it’s typical, push button, done for you system.

Regardless, according to Josh, he can’t share how things work because he rather share the information with you privately. However, if you were to copy his cashflow websites, Josh would like you to know that it oddly helps him make more money.

Regardless, when I hear the words making money with a website, I think of affiliate marketing. So, with that said, if you know anything about affiliate marketing and websites. Then you see how this system works to a certain extinct.

The problem is with Cash Money Sites; it won’t work out as you think.

Why This Won’t Work

I know it’s an exciting idea, thinking you can start a website within a few clicks, and not have to check out how your website is performing. The truth is, it won’t work like that.

Although you may hear Josh tell you that it does work with a few clicks of a button, it doesn’t. To maintain a website, it does take action. You also can’t let a website site dormant and think money will flow in magically.

Google doesn’t like duplicated content, and neither will your pockets. Anyhow, when you sign up to this program, you’ll be immediately asked to call a number. You’re also invited to set up hosting for the website. Plus buy a domain name, and who knows what else they’ll try to pull off.

I have never in history had to call a customer service number to set anything up for my website. When you’re asked to call the company, or the company wants to call you. Then this is an immediate red flag.

All you’re doing is giving them open opportunity to sell you more things. So, this tells me your site isn’t completely done for you as they say.

Is Cash Money Sites A Scam?

I can’t confirm if this is a scam but, from what I discovered, there are some things that you should be aware of.

There are red flags that you should be aware of before making a final decision.

When you first arrive on the landing page, you may automatically assume that it’s possible to make anywhere from $250 to $500 per day instantly. Even all the testimonies had high-income claims. Such as one guy claimed to have made $1400.00 within three days.

Are they saying that everyone who joins even beginners, will make a decent paycheck in quick time? Not, only do they claim up to $500.00 per day, but, doing the sales video, Josh goes as far as saying you’ll make $1,000.00 per day 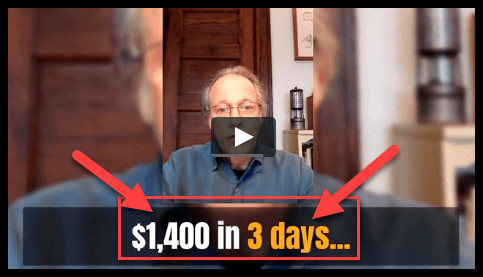 The featured on TV couldn’t be confirmed anywhere on the internet.

So, to boldly claim that a replicated site will be ranked, is a bit much. Furthermore, Google frowns upon replicated sites. In other words, your content has to be original and unique.

Instead, yes, it’s best to start your website. Learn how to create on and off page SEO, which Cash Money Sites, probably won’t teach you. Furthermore, it would be best if you had your own domain name, without having any of this, you may be penalized by Google which will cause your website to disappear from the search engines, or you may never get ranked.

As I was researching, I found this system under several names. According to the creator in the sales video that I watched. The creator’s name is “Josh.

However, I found that the creator’s name also has been Jason Jordan and Mark Adams. Why would the creator name change so many times? 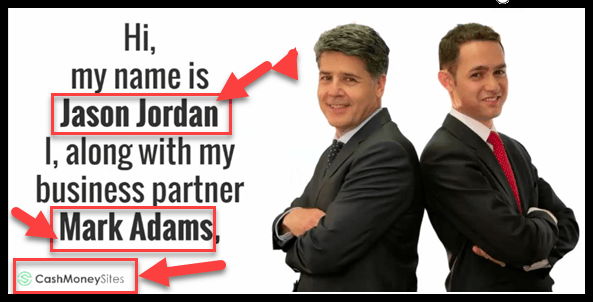 The testimonies on the sales video are fake. They aren’t real.

How do I know this? Because I’ve reviewed hundreds of products like this, and I see the same actor or actress all the time. They come from Fiverr.com.

For example, this guy is on one of my other reviews.

Such as, What is Cash Sniper? 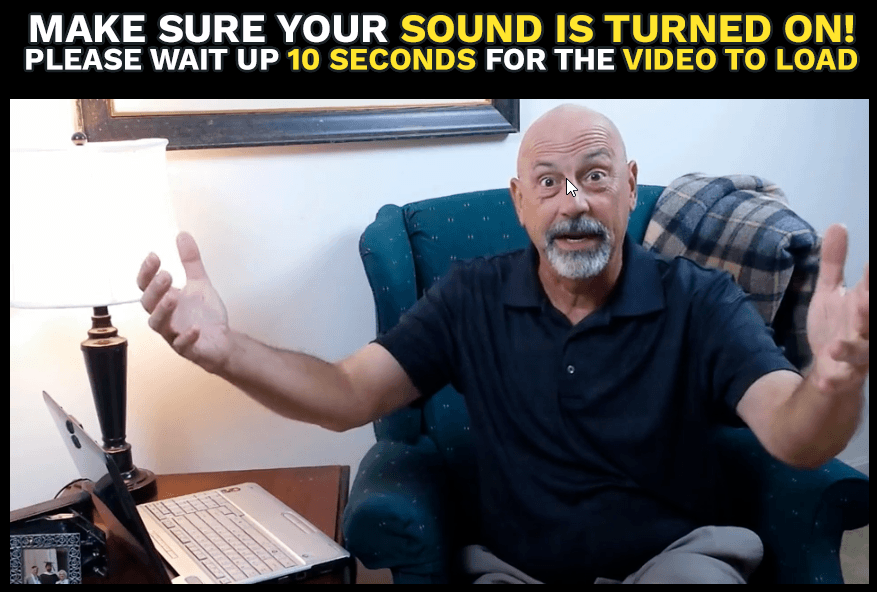 So, What Are They Hiding?

They’re hiding, the fact, that the system is not completely done for you. You’ll not only have replicated sites, but, after paying the $37.00 partnership fee, you won’t receive anything but, a prompt to give the customer service support a phone call.

Why? Because, the $37.00 is a partnership fee. Meaning you’ll be agreeing to pay $37.00 to partner with Josh. He claims that this helps him determine who is serious and who isn’t.

Plus, if according to Cash Money Sites, says that they will fully refund you, if you don’t make money with the site, and you can keep the $135.00 that is in your account.

Why would someone give you free money without wanting something else in return?

Anyhow, if you follow through with the phone call. The support representative will let you know your next steps, to getting your business rolling. Hence, this is where the upgraded investments take place.

What Did Others Have To Say?

According to a complaint by an ex-member, she states that Cash Money Sites is falsely advertising. After purchasing the system, she didn’t receive what she was promised.

Instead, she had to call a number. When she called the support number, she was then prompted to purchase further tools.

Better yet, read her complaint about the cash money sites.com

To get your money back from the system, you need to not go directly to the creator. All they may do is talk you into staying with the program.

Instead, you need to request a refund through Clickbank. If you purchased the product, and it was a Clickbank product. Here is how to get a refund from Clickbank.

There are many upsells and downsells within this program. They range from $47 to $197. The fees must be paid before you can even get to the member’s area.

In other words, $37.00 isn’t going to get your site up and running; you need to invest in several tools before you can get to the member’s area.

With that said, the system is misleading; this is also another reason why you’re prompted to give them a call. So, Cash Money Sites phone support can use their selling tactics on you and convince you to buy more products before you have access to the system, you thought you would have access too.

By now, you probably understand why I wouldn’t recommend Cash Money Sites. If you don’t understand here is a short recap. There are too many red flags to proceed with this system. Anytime, you have to buy order and then call a company; this should always be a red flag for further up-sells.

Of course, it’s up to you on what you decide. Either way, it goes, I still wish you the best. However, once the company has you on the phone, then they’ll hit you with selling tactics to get you to feel special so, stay alert.

It’ll teach you how to market, drive traffic, and build sites from scratch. Their prices don’t change and haven’t in 12 years.

Do you have experience with Cash Money Sites? What do you think about this program? Would you risk it? Feel free to leave your comments below…

2 thoughts on “Cash Money Sites Review {What Are They Hiding}”